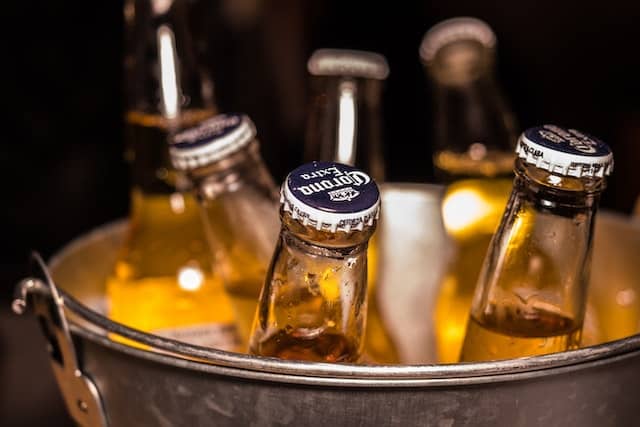 Scuba diving is what we do, but afterwards every good diver knows that rehydration is an absolute must. Although all those folks in the know like Padi and DAN suggest bland drinks such as water, on Roatan, and in Central America, the most popular choices seem to be beer, and rum. Today it is beer. 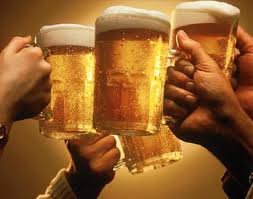 Most globally marketed beers are available on Roatan, and are sold as imports, which can carry a premium price. But there are local beers available from Cerveceria Hondurena the main, if not only major beer manufacturer in Honduras, that will make a smaller dent on the travel funds. Loosely affiliated with the Miller Brewing Corp, they offer four local beers made in Honduras; Port Royal, Salva Vida, Barena, and Imperial. With no draft versions available their different beers are served usually in heavy glass “long-neck” returnable bottles, although lately we have been seeing more packaged in aluminum cans. 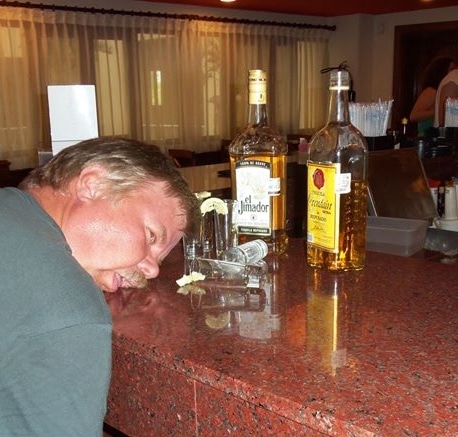 Until recently on the island of Roatan just two main local brands were popular or available; Port Royal in a green bottle, and Salva Vida in a brown bottle. Typically your request for a beer would be answered with “Green or brown?” Now with Imperial also in a brown bottle, and Barena in a clear one, the old color code can be confusing, especially later in the evening.

(Green) Sorta like Michelob. Named for the original English privateer base on Roatan, it’s a cold filtered beer, and the one most people are familiar with since it’s the one that’s exported. This is considered the Honduran quality beer.

(Brown) Think Honduran Budweiser. It’s a very light tasting beer. It is packaged in a brown bottle with an attractive red white and blue label sporting a lifesaver ring. This is probably the most popular Honduran beer on Roatan.

Perhaps a Honduran Heineken. This is a pilsner style beer with a little more intense flavor. This classic formula has been brewed since 1930, and is sometimes considered Tegucigalpa beer. While all the beers are brewed in San Pedro Sula, Imperial is more widely distributed in the country’s capital area.

Kinda like Corona. It’s in a clear, transparent bottle with a light flavor and very easy to drink. This is the one that gets a lime put in it. You know the bottle washer back at the factory is pretty pumped about that custom. 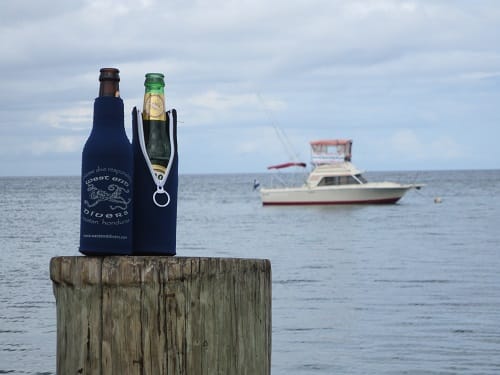 No matter which of these becomes your favorite island beverage, it will only be better proudly dressed up in your very own West End Divers beer wetsuit. Drop on by, and we will hook you up. Dark blue, two mil thick, with a provocative little zipper, they will keep your beverage cool on the inside and dry on the outside. Not available anywhere else!